Vor the Maelstrom is another great game that I've had a great time playing.  Unfortunately the game died before it's time due to the closure of it's parent company FASA.  Because of this there were lots of units that were not supported by models.  This poses some great conversion possibilities.

One of which was the Loki-class Gunship.  This was a vehicle in use by the North American Union, a new superpower formed in the late 21st century by a merger of The United States, Canada and Mexico to counter the threat of the Neo-Soviet Union and it's rampant spread of communism around the world.  This occurred just before the Earth was engulfed into the pocket universe known as Vor the Maelstrom.

The fluff described the Loki as being built from old AH-64 Apache gunships being fitted from anti-grav technology in which Union scientists were finally able to reverse engineer from alien technology kept at Area 51.  The gunship was obviously upgunned with much more powerful weapons to take on the horrific mutants of the Neo-Soviet Empire.  These weapons became very useful when going up against the alien threats encountered within the Maelstrom, like Growlers. 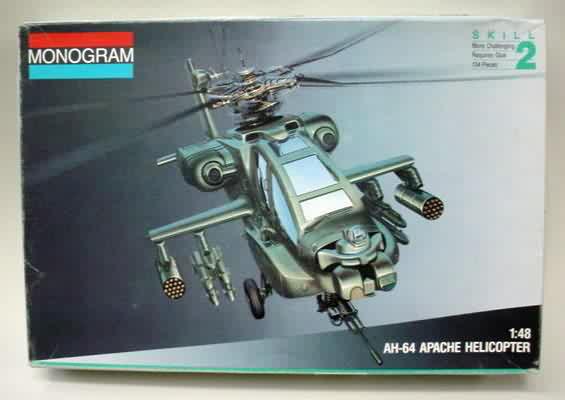 So I started with a Monogram 1/48th scale AH-64 model kit (which 1/48 is perfect for the slightly larger 28mm figures of Vor).  Next I removed engines from the fuselage and dug up something that would look totally alien, and change the appearance from a conventional helicopter.  I found the engines from a Star Wars Micro Machines Fleet Action Sebulba's Pod Racer to work perfectly for this.  The majority of the other parts I used were components from RoboGear, these are some modular snap together toys that are used for 28mm gaming from a Russian toy company.   I took the original front landing struts and moved them outboard within the new engines.  The hole left in the fuselage for the rotors was replaced with a GW Tau Drone to work as a radar dish.  The counter-rotation rotor housing molded into the tail now mounts a rear facing camera and countermeasures package.  The original FLIR turret is now upgraded with new sensors, made from I think a 1/25th scale power steering pump from a model car kit. 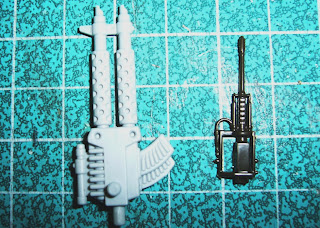 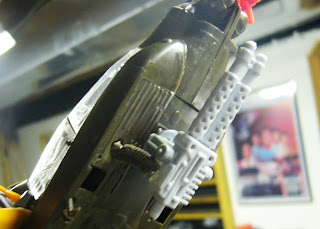 For the maingun, I replaced it with a much bigger autocannon from Robogear.  I just couldn't think of this thing hunting down Growler bulls with original 30mm chaingun.  Removing the sight and ammo magazines I found this gun fit perfectly within a RoboGear frame that is similar to the original turret frame. 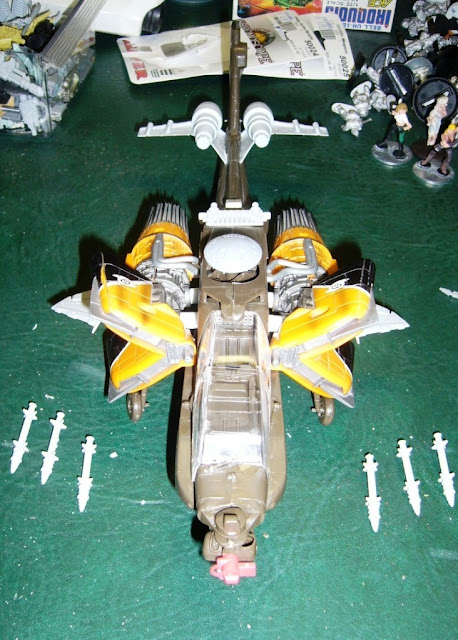 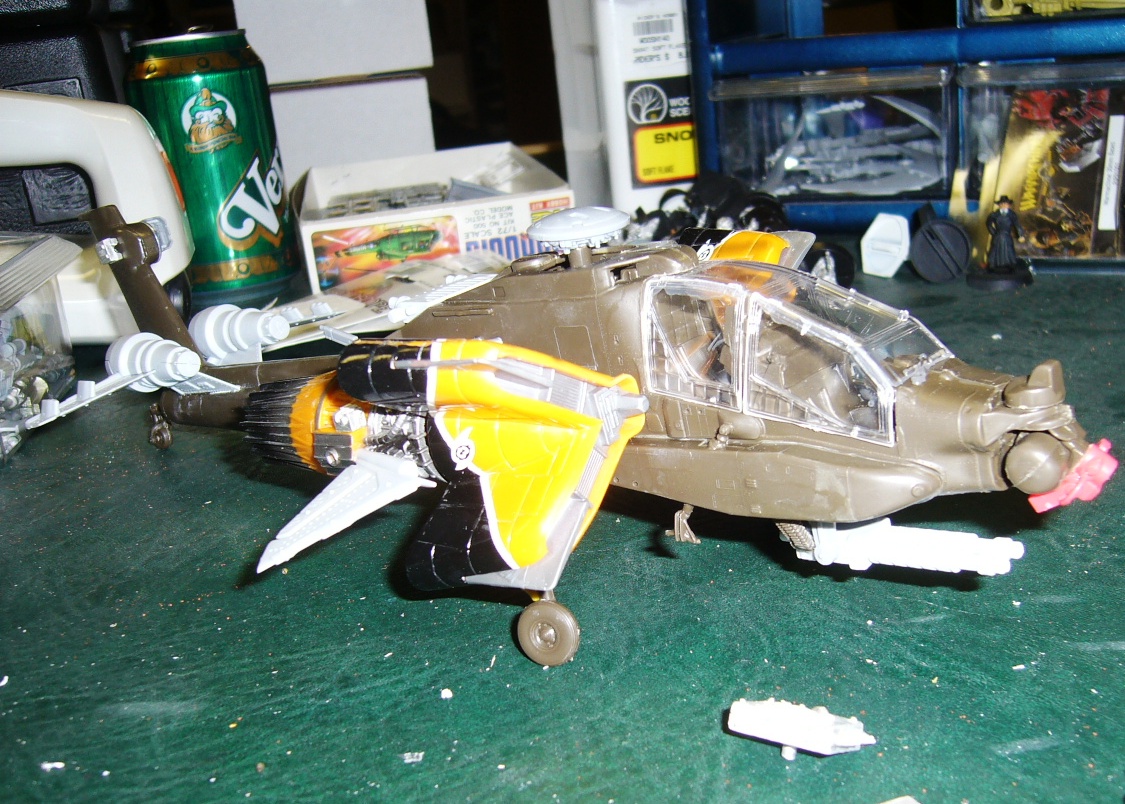 The project has been sort of stalled for some time.  The next step I wanted to do was to make some special decals for this to represent markings of the NAU.  Based on the cover art of the Union Forcebook, I was able to recreate the Union's flag.  From this I can make insignia for the model and print them off for decals.  I'm sure when I get caught up on my other projects I'll get back to getting this guy finished.
Posted by CmdrKiley at 6:57 PM